Growing up as an American of Asian descent, when someone discussed the “two cultures”, I assumed they referred to “East meets West”, with China representing the East, and California representing the West (plz forgive me…). Later, I learned of other pairings. There were the two cultures dividing the university — the sciences and the humanities. And there was Islam versus Christianity.

Since the recent U.S. presidential election, I’ve been reminded of yet another juxtaposition of two cultures, humorously represented by some maps of North America. 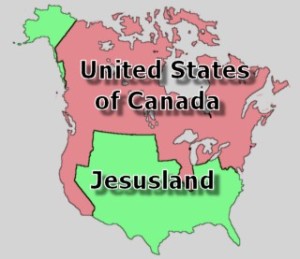 After we all share a laugh or two, appreciative of our democracy and our privileged lives, we might consider feeling a bit depressed. Which oddly, reminds me of a great American who wrestled with two cultures in his day. You remember him…”a house divided against itself can not stand…“.

One Reply to “Two Cultures?”