Interesting essay by Bruce Schneier in the Wall Street Journal about Barack Obama’s right to use a personal PDA. The essay closes with an astute observation:

The Internet is the greatest generation gap since rock and roll. We’re now witnessing one aspect of that generation gap: the younger generation chats digitally, and the older generation treats those chats as written correspondence. Until our CEOs blog, our Congressmen Twitter, and our world leaders send each other LOLcats – until we have a Presidential election where both candidates have a complete history on social networking sites from before they were teenagers– we aren’t fully an information age society.

When everyone leaves a public digital trail of their personal thoughts since birth, no one will think twice about it being there. Obama might be on the younger side of the generation gap, but the rules he’s operating under were written by the older side. It will take another generation before society’s tolerance for digital ephemera changes.

Now I recall mulling over this same issue a couple of years ago…framed at the time as the “transparent versus opaque generation gap“.

… something I am surprised has not been more widely expressed. Colin Powell concludes his endorsement of Barack Obama with the observation that conjecture about whether Obama was ever a Muslim is wrong-headed. What ever happened to the principle of religious freedom in America?

An inspiration: Two honored guests at a fundraiser

The above video clip made me swell with emotion and pride in the vibrancy of the American experiment. Two truly remarkable individuals exhibiting immense grace. 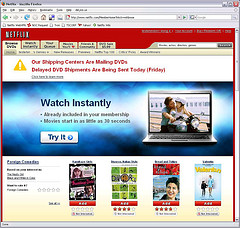 For much of this week, I witnessed first-hand Netflix’s integrity in dealing with a major service outage. Colleagues worked round the clock. Throughout the ranks, there was resolve rather than fear, and always a determination to do the right thing. 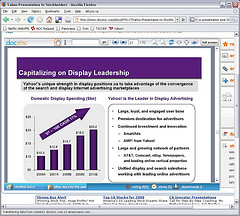 Ironically gratifying to see Y! Smart Ads, the initiative I incubated with many wonderful collaborators, featured on this slide about Yahoo’s efforts to maintain a leadership position in display advertising. Part of a shareholder presentation, filed with the SEC in late June 2008, that argues to preserve the company’s present strategy, management team and board of directors.

Back to the Future: Netflix TV

As of an hour ago, Netflix and Roku unveiled a $99 little wifi-enabled box that brings Netflix to the television. This finally makes one of the original dreams of the broadband internet a pragmatic reality for the mass market (or at least that part of it with broadband in the home).

Here’s some screen captures of one of these devices in action with my personal Netflix queue:

Much like the Netflix service overall, the Netflix TV offering is refreshingly simple, easy-to-use, and grounded in the realities of what can be delivered today. It’s a reflection of everyone involved from Reed Hastings onward, and it’s part of what has made my first couple of months of employment at Netflix so enjoyable.

I look back a decade to my stint with the @Home Network and realize with some nostalgia, that I really have gone back to the future.

Taste of the Balkans

With so much social, political and economic turbulence throughout the world, there’s irony and perhaps inspiration in finding the opposite where the term “balkanization” originated. Laura and I recently enjoyed a carefree trip to Slovenia, Croatia and Montenegro – stunningly beautiful countries running along the Adriatic coast of the Balkans. It’s difficult to imagine the violence that shook this region in the recent past. All we encountered was dramatic scenery, wonderful food and friendly people. 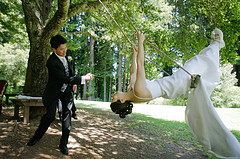 In preparation for my wedding with Laura this past May, I discovered and retained the services of San Francisco photographer-journalist Ryan Anson. He captured our wedding admirably. We felt honored to work with him, and to do our part to support his broader photographic endeavors to illuminate events in troubled parts of the world.

So I was very happy to see PBS recently feature his multi-year photographic expose of the turmoil in Muslim communities across Southeast Asia: “PBS Frontline: On the Edge of the Crescent“. His highly reflective photo journalism deserves wide distribution. 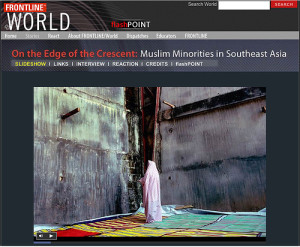 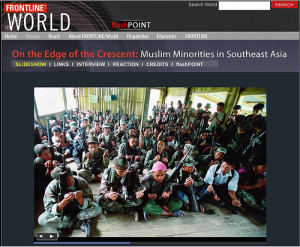 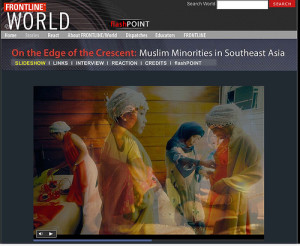 Way to go Ryan. Thank you for providing us with a provocative and humbling glimpse of the human condition everywhere. 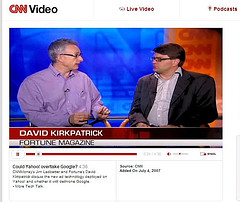 In quick succession, the New York Times, NPR’s All Things Considered, the Wall Street Journal, and CNN’s Jim Ledbetter have reported on the recent announcement of Yahoo! Smart Ads. 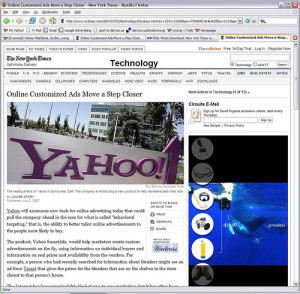 This counter-point essay in the NYT Bits Blog lays out the challenge and thus opportunity that Smart Ads present to the advertising industry: 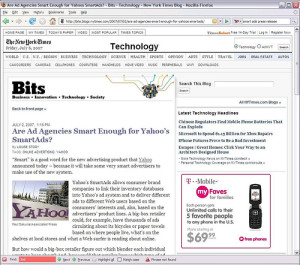 It’s gratifying, and a bit startling, to see this idea to increase the relevance of display advertising so quickly capture the imagination of highly intelligent and articulate observers. There’s no turning back, because we certainly would not wish the alternative on anyone.

Oh, I almost forgot… I’m hiring product marketers dedicated to the Yahoo! Smart Ad initiative — the positions are on LinkedIn, and on careers.yahoo.com

My partner-in-life Laura and I recently honeymooned in the Banff and Jasper national parks of Canada. I can not think of enough superlatives to describe this UNESCO World Heritage site. Up close, and from afar, the entire region exudes epic beauty.